The lockdown is long and wearing on all of us.

I am counting down the weeks until I don’t have to spend the morning homeschooling my son, even though when school is done it likely means another battle over filling time in ways that is not screens all day, as I don’t think it will be safe to reopen summer camp.

I went back in to the office Friday to move some paperwork along that needed it, but it will take longer to extract myself from the pile, and it was okay to be back to the world and not giving spelling tests or helping with writing assignments.

Like I have said every post, not getting up and going straight into a workday has really helped me work on my writing as far as getting my daily bit of flash done.  However, I just got back some incredibly helpful feedback on my novel that I need to buckle down to get the head space to do, and the exhaustion of combining homeschool with work has made it hard to get right to it.  Often I need at least one entire weekend day, sometimes two, to recover.  The long weekend next weekend, when normally I’d be traveling, I will work on getting it done, and I have some agents lined up to send it off to.  The lovely agent/editor has said that she would give it a quick glance when it is finished and I want to not let too much time pass so she doesn’t forget me before I can get it back to her.  The extra time has been nice but other aspects have been draining.

Reading continues, but a little less intensely.  I may have slid in some diverting reads the first week my husband returned to work and I was homeschooling and working alone in the house.

So in developing my agent list, like I said before, I gathered up some favorites to read as examples of the genre, and these are two more.

One of Us is Lying, Karen McManus

A group of four students in detention witness the death of a boy who writes a gossip website and is about to reveal life changing secrets for all of them.  In a classic mystery style their stories all entangle to make each of them feasible murderers, so you’re hooked on finding out who.

I can see where an agent would be looking for something else well written like this.  They were all contemporary, relatable stories from each child and what they did to be susceptible to the rumors.  The weird love match was even feasible based on the extensive backstory of each child.  It was compelling without having to be supernatural, which is one of my FAV things in stories, and if you read me you already know this.  I have taken some online courses in how to write mysteries but I have never plotted one out and I’d love to have created something like this.  It’s compelling without having to be flashy or high concept. 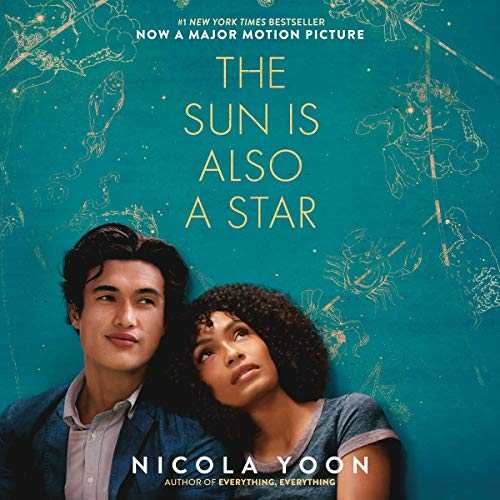 The Sun is Also a Star, Nicola Yoon

A pair of brilliant teenagers with very different perspectives intersect for a single day. A day that they spend falling in love.  The girl is about to be deported back to Puerto Rico at the end of the day and is in a desperate, last ditch attempt to save her family from that fate.  The boy is supposed to be attending a college interview that he’s deeply ambivalent about, but he attends for the sake of what his immigrant parents want for him.

I mean, I’m not going to pretend that my book is as perfect an example of YA literature as this one.  This captures the different way kids feel about the future that seems so large and anomalous before them…some with a definite plan and others who need more time to find something.  It captures different ways to look at love and finding someone, the mixed feelings of love, anger, loyalty and betrayal from our families.  It adds the different perspectives from different cultures and how people come to find a better life, work hard, and have families here, and what kids straddling these two worlds do with that.  I have said before that I love YA that engenders empathy and the world through the eyes of others. I wonder how these books would have been consumed by me when I was in this demographic.

Because of all these important stories and perspectives this book is a bit intense. It’s under seven hours long but I took breaks from it.  You know from the outset she has less than 24 hours to save her family from deportation. You want her to win.  I was consumed by how unfair it was that her father got them in that predicament through a lifetime of selfishness and that she was the one out trying to be able to stay.  I was angry with how mean Daniel’s brother is to him because he cannot accept his own mixed heritage and Daniel is okay with it.  I am consumed by circumstances beyond both kids’ control that still affects them so deeply.

It’s brilliant. And I have not made plans to see the movie.  I’m awful at seeing the movie.

More writing for me with this forced slow down.  I’d be getting my son ready for a soccer game this morning if life was normal.  I am considering signing up for a four week writing course because it will be tiring but I don’t know when the pandemic is over when I will have time to do it later.  I know it feels like it will be forever but feelings are not facts.

Greenhouses have been allowed to open so I’ll get flowers for my garden today.