I think it is safe to mention at this point that my husband almost has my she-shed finished.  It will still be a few weeks before I am ready to post pics, as he wants to do more of a wrap around porch and more of the outdoor stuff, and he hasn’t finished the electrical and what he wants to do with the kitchen counter, but it is fixing to be magical.  I want to check out some antique stores to see if they have any metal chairs I might want for the kitchen around the table that can be out or in.  This will be the third summer and I will have my retreat and I will post on it and my heart will be joyful, so stay tuned.

Sense and Sensibility was a super early foray into the classics for me. It happened actually the summer after my first year in my doctorate, the same summer I read Jane Eyre.   I only read in grad school in earnest on winter and summer breaks, as the rest of the time I didn’t have the brain space for it.   And it usually wasn’t classics, it was Nero Wolfe novels, which were classics in themselves.

I liked classics and Nero novels at that time too because the emotional investment in them was low.  The characters and their situations were not so hand wringing-ly familiar.  I have noticed changes in my brain since I was in early adulthood, one of them being I don’t as often have such intense emotion, so it’s easier to widen my scope for reading as I am older, but in my early 20s, when everything seemed stressful and up in the air constantly, including a relationship that was on and off and completely unwieldy, I didn’t need some book playing with my emotions on top of it.  I didn’t need to step into another stressful world to get away from my own.   The only exception I remember making for this was when the Harry Potter books started coming out again.  I did read them when they were fresh.

But, Sense and Sensibility.  Read too long ago and didn’t particularly move me.   So I was looking forward to the two re-tellings I review today and as any decent re-telling it helped me with a newer and more decent appreciation of this one.

I will repeat that I can appreciate the challenge of this project.  No one is asking me to rework a beloved Austen classic.

That said, my review of this was mixed.  If the goal was to hold pretty close to the original, I believe that this work does it.  Granted, the original was not refreshed in my mind like Northanger Abbey was first, but the ties to the original were pretty clear based on what I know of Austen novels, that I have read all her full works at least once.  Sisters, a useless mother, misfortune, lucky connections in love in the end.  I have noticed that many of Austen’s books feature useless mothers, but maybe this is just a plot device for them to stay out of the way of the true story between the sisters, who are always afforded significant freedom due to their mother’s uselessness.  Same with distracted parents in YA novels.

If the goal was to increase relatability, I think it still misses the mark.  There is social media added in, true, but there were still the holidays where girls stay with other family members in different places for weeks on end, something I don’t see in modern novels, something that I have not seen done in my regular (American, upstate New York middle class) life. Also there is that creepy age difference again, this one the most heinous yet with Colonel Brandon being 35 and Marianne not even be legal.  I don’t know why this age difference has to be preserved in these stories.  Admittedly, she doesn’t end up with him, there is no defined exclusive relationship with them at the end, but there is still a man in his mid thirties pining over a sixteen year old who, through most of the novel, has made a total idiot of herself over her first love. Why that is appealing to a man nearly old enough to be her father who should have even less patience for her naivete due this experiences serving overseas I know not.  She is arrestingly beautiful and that’s fine, but a man falling in love with a woman mostly due to her beauty has an unappealing immaturity himself.  It’s not heroic and romantic, it’s weird and infantile and depressing.

I liked how the women all grow and change in this book, and while they miss their old home, their idleness there and lack of responsibility seemed to arrest all of their developments and they get back on track with the challenges they face in finally finding their own way.  The mother even reduces her uselessness.  I don’t know what she does all day with no job and without really parenting her children, but even she stops making Elinor deal with things all the time that she doesn’t want to deal with.  I might have to watch the movie of the original again.  I see there is a 2008 miniseries of the novel, the first three episodes free to Prime members.  Hm.  Looks like there is only one season though? 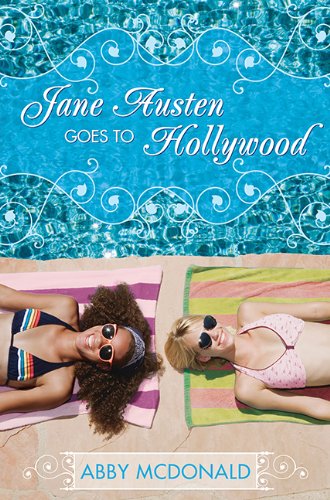 BookRiot posted on retellings of Jane Austen novels, which were ferried into my wish list on Amazon to stalk prices and availability, and this was one of them.

This one might make true Austenites cringe, but it is much more relatable than the Austen Project version.  Considerably.  I think whether you like these depends on how much you need them to remain true to the original or how much you need the story to morph into a part of the modern world.  All stories have been told and retold to fit the times, and I like a story I can pick out despite it’s modern trappings.

I really liked this one.  It had the same elements, which were easy to recognize due to Trollope’s version, but done a different way:  the girls are mixed race, Dad abandoned them to an affair before he died and the new wife got the house.  Mom is an artist so she is doing something at least but consumed elsewhere.  Hallie (Marianne) is trying to make it in Hollywood, which is a flighty and ambitious goal, but their setting of L.A. doesn’t make it impossible, and the world of the rich is updated to really hit home the level of money and privilege in the world of these girls, as well as the ever changing social scene. The younger one is the more sensible one this time and working on finishing school and getting ready for college, pining quietly for her own love while her sister makes a world of dramatics over her breakup over a boy in a band who leaves her to make it big in New York.  Hallie does not have a life challenging condition like Marianne’s severe asthma to complicate things and increase the drama.  Hallie is pretty dramatic on her own.

Also, Colonel Brandon is in his early/mid 20s and he is into the 19 year old Hallie, much better, and his darkness from serving in the war creates a connection point between Hallie and him.  The attraction on his end still is a little immature, as there is still the whole dazzled by her beauty piece when she has barely seen the world and he has psychological implications from his service, but it is workable.  The relationship between the other sister and her guy is much less skeez in any version, and it was cute here.

But, as I said, considerably more relatable and readable.  I might have been more willing to tackle the original as a teenager if I had read this version when I was one.  I’m sure I have mentioned in the past that my first slog through Pride and Prejudice was the summer I turned fifteen and I read it but I could barely reach it and the implications.  I was completely turned off with no context to help me through it.

The summer of re-tellings continues!  And so does noveling!  I am doing some exercises this month to work on my pacing and reverberation.

I am considering again posting every other week over the summer, to make room for more creative writing in different veins.  I am back to training, which cuts my writing time, which requires some sacrifices if I am going to meet the goals I have for myself.