I just did not want to post end of year specs on Christmas Eve.    I mean, it’s Christmas Eve!  We have already begun to dip our toes into holiday magic!

I am trying to stay on top of my bills this holiday season so that is a bit of the magic to me!  And it was a process deciding what treats were to be made for what this season.  A fun process.  An I-Think-I-Have-A-Pinterest-Problem process.

Plus, free shipping day ended up being an issue for this girl buying stuff for herself because she hates paying shipping.  I even got myself a knitting book from Barnes and Noble because they let me combine a coupon with free shipping! Nearly unprecedented.

But instead of reviewing the year, which we certainly will do once the presents are opened and the feasts are consumed and the holiday glitter fades to a soft, contented glow.  I can’t wait to see my son’s excitement over his gifts tomorrow and his excitement to give out the gifts that he bought for others for the first time this year.

I have two more Christmas choices on the docket today, if by chance you are still looking for a Christmas novel to read, even into the New Year.  The first book I talk about is not about Christmas but gives me the feel good spirit of Christmas, coming together, connection, and love. 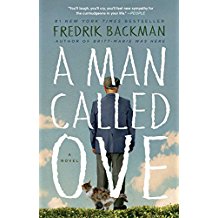 My father asked me to choose his Christmas books this year.  He had no particular requests so he said, “have you read anything that you think I might like?”

Well, I was not sure about that one.  He can be finicky and he has not my guilt about abandoning a book that is not working out for him.  He read Mr. Mercedes until the character and plot line he liked died and put it down because there was nothing, in his mind, left to read for.  Even more grievous was his inability to love All the Light We Cannot See.  He may not have finished it. I look too much like him to question my mother about my paternity after that trick, but it was called into question.

This is not to say I have not had some success:  we read The Sellout together this past summer, because we like to read Man Booker prizewinners and like I reviewed, The Sellout was hysterically funny.

I had not read A Man Called Ove but it was so heavily endorsed and for lovers of The Unlikely Pilgrimage of Harold Fry, a book my aunt gave to my father and which might be his favorite book of all time. I mean the man is 74 and he has been a reader his whole life, so his favorite book to top those piles is a real honor.  The themes and characters resonated with him so deeply that he left the room to cry through the end of it.

Anyway, I wanted to read Ove, so I sent him this one, which came before the other two, and then I listened to it while he read it, and we loved it.  He’s an initially unlikable character whose solid character is built up through the telling of his life story. Backman is awesome at holding his cards to his chest.  The surprises and the little twists are meted out at decent intervals. While I have been enjoying my unapologetically light Christmas books, I might miss some of the art of the way literary fiction tends to unfold. I had bubbling questions about how this man ended up married but with no children, married despite his rigid and unsociable style, the fact he was abandoned from a young age by the deaths of two beloved parents.  It’s a heart wrenching story of a man whose wife dies and he is forced into retirement, and just wanting to be with her back and desperately missing having his own purpose in life, plans out ways to kill himself.  He is continually foiled by the purposes he still has but of which he is unaware.  It is funny and heartwarming and is about love and purpose in unlikely places, people coming together, people supporting each other despite not always agreeing, people loving together.

Yes, I did read it simultaneously with my father at Christmas time, but this book is about the spirit of love that I think Christmas is meant for, more than the fact I read it with him at this time.  Fifteen plus thousand reviewers on Amazon can’t be, and weren’t, wrong.

P.S. The other two books I sent were The Best Small Fictions of 2017 and Burial Rites by Hannah Kent.  I have sent him a few flash fiction collections in the past and they generally win. 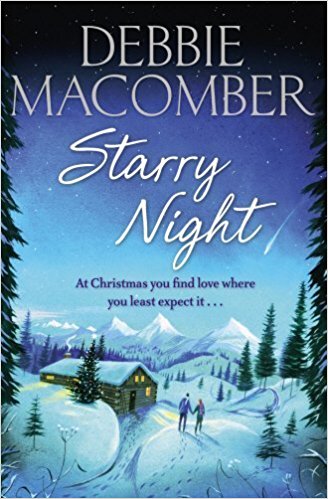 Another library audiobook raid.  This one was a classic romance. Just a genre romance for Christmas.  Now, this season has been a decided departure from the classic Christmas reads of last year into the lighter stuff, and this fits.  Goodreads reviewers agree that if you need a light and fun holiday book, Macomber is your girl.  And clearly she does it well, as she is prolific and well known.

That said, this plot was very uncomplicated. It was not an unhealthy romance, although there was one part where I was a little testy with the male protagonist making demands of her when she did not owe him diddly.  Not a diddly thing.  I don’t want to get too much into it, just a writer looking to change her career is given an assignment to interview a reclusive author in Alaska and ends up getting stranded in his cabin for 48 hours in the middle of nowhere and they fall in love.  And then she has to return to her separate world and he has to figure out his demons to see if they can make it work.

I am glad I have been reading more romance.  It is helping me get over some of my reservations about the genre.  Life does not always require the heavy tomes.

That said, I am craving a snow read for January.  I have a couple being considered.  The Luminaries and Jonathan Strange and Mr. Norrell set the bar a little high on the snow reads, though.  I was thinking about The Goldfinch before it becomes a movie, but undecided still. People seem to be really divided and love it or hate it and I have to decide if I want to give it a chance to get me through the 8-10 weeks of winter hell following Christmas.

That also said, if I want to do more writing in the new year I have to slow down on the novels.