I hope everyone is in full swing of making Christmas or their own holiday of love and light.  It has not felt very Christmas where I am yet, with no snow and it has been mild.  We had a bonfire on both days of the weekend and were cleaning the yard.

I have taken a significant chunk out of my own holiday duties other than deciding what I am going to bake, other than the chex mix of my childhood.  Not the things in bags with the bagel chips in them.  While bagel chips are good they have no place in the chex mix of my childhood.  Not even since they seem to have crept into the online recipes which is entirely blasphemous.

Christmas is actually getting so close my husband is tempted to get into his new socks before I wrap them.

The love of Christmas reads rolls on.  End of year posts are also looming, but I had some sweet holiday reads for the car trip home to see my friends the weekend after Thanksgiving, a personal tradition I have had since before I had my baby.  Now that I have my baby he decorates for Christmas with his father while I am gone.  Win win.

Also briefly I have noticed that last year I was tackling the classic Christmas stories, reading all of the Dickens and Washington Irving and this year I am like, chick lit Christmas!  Algernon Blackwood has a Christmas tale that I need to read because I really like him but it wouldn’t fit in the parade of light Christmas books. 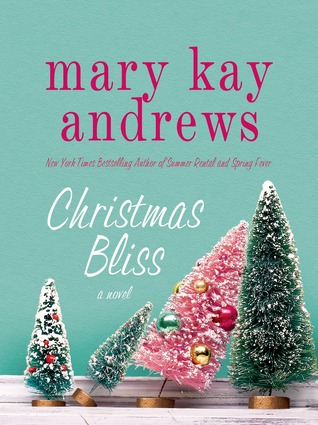 So my cheapskate behavior around audiobooks has led me to library lends, which leads me to the more popular authors.  And I have been on a streak of the light stuff, so why not use a chance to get to know more of the more popular writers?

This one claims to be #4 in the Weezy and Bebe mysteries, but there was only one tiny mystery and it was not the entirety of Bebe’s plotline. It ended long before her bit of the plot was over with her pregnancy and her fiance.  So if you want a mystery, this is not really it.

But I can see why Bebe and Weezy are ongoing characters because they are both very fun, with antiquing and trying to pick the right man to marry this time.  It is also a humorous look into the South, with its social gatherings and status.  Does not make me want to move there but I can appreciate their love of a cheese ball for celebrations.  And those Christmas cookies sounded exquisite.

There is a piece of this that involves NYC at Christmas, spoiler alert, which puts it in common with my next read, which is all NYC at Christmas.  Low tension, mostly fun, goodreads agrees that it is quick. Won’t take you away from wrapping and keeping the true chex mix recipe alive and well. 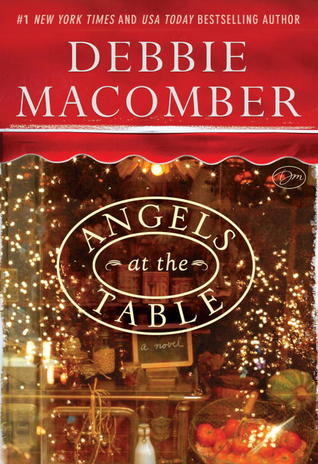 Angels at the Table, Debbie Macomber

The other audiobook of hers from the library is taking FOREVER to be available.  Whoever has it clearly does not know the appropriate speed with which to consume an audiobook.  Another first time experience with a popular author and it was just what I expected.

Angels checking out NYC on New Years accidentally bring together a couple too soon, and, as happens in romance novels, they manage to mess things up between each other with a little ‘help’ from the angels before they have a chance to get their relationship off the ground.  I think if you just want something feel good, low on family dysfunction (Christmas Bliss even had more family dysfunction than this one with an oppressive old school Southern matriarch making women grit their teeth) and not like insurmountable issues that make characters compromise themselves to make the relationship work, then this is it.  None of the romances I have read involve people compromising themselves for others, thankfully.

Angels are tops in my love of supernatural beings, not more so than in my love of witches, but I like the idea of the boundless goodness of angels, even some well-intentioned shenanies, like these angels get up to.  It’s Hallmark Channel Christmas, which I had a grad school roommate first expose me to.  I saw a Hallmark Channel Christmas movie drinking game, and I would so rock that.

The end of the year reading roundup is looming!  I don’t know if I have more Christmas reads to wrestle for posts. You will just have to be left in suspense.