I like the different ways in which writers have chosen their characters to discover their latent magical abilities.  Sadly, however, puberty for me brought nothing but a different body, no owls flew in with a letter after my fifth grade year (although the elementary school I attended would have had me ready for that owl.  That fifth grade teaching team was for serious), and I did not find out in my course of graduate study, or since, that I can perform tasks in defiance of natural laws.

Of course, as a therapist I like to feel like I have some ‘magic’ and some people I have worked with have really worked hard at a recovery that seems like magic when it finally comes, but, I can’t fly without help and that was really what I wanted out of magic as a kid.

I was ripped off!

Despite being shortchanged I think this blog has made crystal clear my love for magic in books.  Long books with magic are even better so there is adequate fleshing out of the magic depicted. And these are some fleshy magical tomes.

I accidentally bought this book from my kindle one night when I was browsing Amazon and I somehow bumped the screen when I was getting up, because when I got back it was bought, paid for and downloaded to my carousel as if it had always been there. I know you can cancel a book ordered in error, but am I one to turn down an over 500 page book with magic in the title that seemed to materialize out of thin air?  With only four dollars for the companion audio? Come now. I do not turn away from such gifts (that I bought myself without knowing).

Nora starts off in this book as a stalled graduate student, a scary proposition that reminds me of my not so distant past (I made it through but when I was ABD I felt like a bird with a busted wing) and falls into a parallel world where her love and hunger for learning turn her to the study of magic. Graduate school does not make her magical per se, but she is spirited away at a time when she is supposed to be completing her course of study. And the love of learning that inspired her to attend school is the same that bring her to magic.

This novel is very character driven. There is plot, clearly, that is interesting, but I felt that most of the novel’s development was focused on the character arc main magician in the book, Aruendiel. He’s your standard tempestuous rake with a mysterious past who changes and whose backstory develops significantly through the course of the novel. I was interested in knowing more about him than if and how Nora was going to return to her own world. And more than the politics of the parallel world that she is trapped in.

I did not like the end. I was punching my steering wheel while listening to it on the way to work in frustration.  But, that is a testament to the author’s ability to make you care about the characters in her novel.

But what about finding out that you are magical in this here and now world during the course of graduate study? 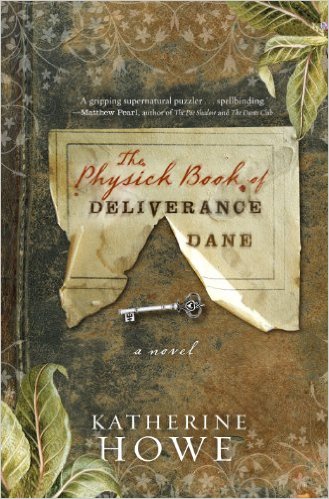 Protagonist Connie is researching the Salem witch trials as well as going through her old family home and discovers along the way her own heritage to that traces back to the trials and along the way discovers her own latent powers. Piecing together the lives of those who lived in the past is a kind of magic in itself, but I myself did not discover powers that my family has always held that sets them apart from the non magical folk.

I liked this book well enough. It was a little predictable. I hate saying that I can tell it was a debut novel because my own debut novel does not exist. I would be interested to see how Howe’s talent continues to develop in her later books, which will probably happen because she writes historical fiction, one of my true loves.

What about after you are already a seasoned academic and your latent powers are stirred by a chance retrieval of a critical magical tome? 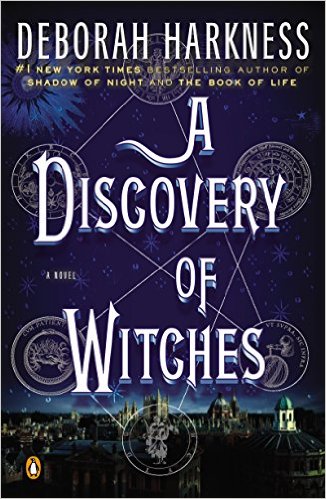 A Discovery of Witches, Deborah Harkness (Book One of the All Souls Trilogy)

There is so much to this book, and this series, that I read awhile back in fits and starts and I am sure I missed a good quarter of the details because these books have so much detail and nuance.  So much magic, so much history, so much drama. This book sucked me in with the settings of my fantasies and made me dream of what it would be like to be those places myself. There is the danger of a human being around vampires and centuries of strife and rules between magical beings and humans that of course the main characters are smashing to pieces. I mean, why have an ancient covenant if the main characters are not going to break it and then wonder about the consequences?  And the historical details in the trilogy as a whole…drool.  What is the point of having immortal characters if they can’t slide between time periods, especially Elizabethan England?  Seriously. I can’t fathom the amount of research Harkness to bring this series to life.

I had a coworker (not the one that recommended Atlas Shrugged) read it after I did and when she started to talk about it and I exclaimed “you’re reading Discovery!” it only forged us together.

Now I heard there is a TV series in the making, which is good, because a movie would never pay adequate tribute to all that is included in these novels.

This is not the end of my magical book posting, nor is it the beginning. What are some of your favorite ways that magic has manifested in characters?

I love comments and shares.  They are truly magical!