New Year’s weekend.  There are no more holidays to romanticize the cold and snow.

I can’t be a book blogger, however new to the game, and not have a best of the year list. Those end of the year lists add as much to my TBR list as I check off as the year goes on!

I am trying to take a fun twist on it though and instead of writing about which were my favorites, I will mix it up with some different categories:

Favorite indie:  When I was conceptualizing this blog last spring, reading here and there about what it really would be about, I knew I wanted to look into reading and promoting some self published works that were worth getting out there.  I looked into other blog book review policies and they mostly said they were not open to considering indie work, and while I understand that, I also saw a niche for myself.  So far the books I have reviewed have been ones that I chose.

This was a tight competition. Of the self published books that made it to my review here, they all had their merits.  Renewal had sharp,clear writing and the dialogue sounded authentic, despite one of the characters in my opinion being more challenging to write.  Authentic dialogue is hard to pull off and I felt that H Perry Horton did it well. He has let me know on Twitter that he has another book out and that has gone on the list.  Maybe he will let me know who he used for editing.  Other contenders were:  I Was a Teenage Ghost Hunter and A Fatal Family Secret. 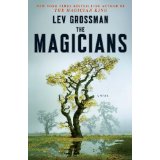 I liked this better than other books with magic because the characterization did not get lost with magic also being a piece of it.  Different magical people in the book handled magic and thought about it in completely different ways.  It held different roles for different people. It kept the elitism about magic.  People who were magic in the book were fiercely elite and did not fit into the regular world.  And sometimes not even the world of magic.  Other contenders were the Physick Book of Deliverance Dane, Jackaby, The Magician’s Lie, Hidden Wings and Broken Wings.

Favorite YA:  I read so much YA.  I have so many books that I chose this year for categories that all were written for a teenage audience. I think YA is fun. I don’t find it as appealing to read about people whose lives are where mine is at this moment:  marriage, job, child. I don’t want to read about not being pretty anymore or ten pounds that I can’t get seem to get rid of.  I understand that’s not an entire representation of books read to my demographic, but, I just like YA.  But of this overflowing category I choose: 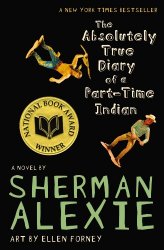 So funny, so different, so intense, so poignant.  I won’t harp on it.  Other contenders: The Princess Diaries, Trouble is a Friend of Mine, Pretty Little Liars, The Perks of Being a Wallflower, The Virgin Suicides,  Hidden Wings, Broken Wings, I Was a Teenage Ghost Hunter and A Fatal Family Secret.

Favorite Gothic Novel: I do love the old school Gothic genre.  The supernatural, mistaken identities, the dark side of human nature.  But the best edge of my seat ride had to be 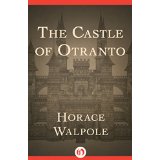 The Castle of Otranto, Horace Walpole

This was full of drama from the first.  Other contenders: Frankenstein, The Mysteries of Udolpho, The Strange Case of Dr Jekyll and Mr. Hyde, The Turn of the Screw, and Carmilla.

Favorite Reread:  Many books need more than one pass.  It is a fact of life. Books mean something different as our own contexts change in our lives. I have been lucky enough to have college, and better yet, college English courses, between books I read as a teenager and ones I picked up again as an adult. I have more that require revisits than the ones I tackled this year. I am thinking Ethan Frome and, ugh, The Age of Innocence probably need another drive by.  Although I am not ready for more Edith Wharton after The House of Mirth. And The Bell Jar, which fit right into the teenage angst at the time.  But as for this year, my favorite revisit was:

I already discussed this book this year under my posts about books that deal with race.  I read it for a book my mother loves, and because it was time. Being a mother and working with people who are determining their self-worth added another level of depth to this story that seemed more whimsical to me when I read it as a teenager. Unfortunately race issues have also become more obvious to me the longer I work in the middle of the fray.  Other contenders were:  Watership Down, Romeo and Juliet, The Great Gatsby, and The Scarlet Letter.

More Donovan Reads in the New Year!  I have to think about what my reading and writing resolutions will be.