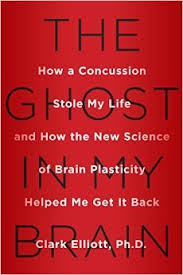 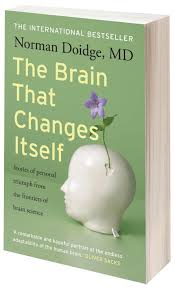 The human brain seems to be a ‘final frontier’ of sorts, in that it has been poorly understood and that information that we have gleaned on it through the years has changed vastly through time.

Learning about how the brain works in later college and graduate school is no easy task, either. Specialized structures with weird names, but then functions are shared across systems, and then you can be right or left brained, but then really both…it’s a serious jumble. And how do these structures really translate into how we consider and process the world around us?

I find that nonfiction books written more for a layperson audience to be just as helpful in learning about the brain as taking one fairly isolated introductory college class.  The books I read for these two blog posts give first-hand accounts and vignettes about the functions of the brain that trace back to discussing the structures and neurological processes underlying how it all works.

Today’s post is how brain damage leads to our knowledge of brain function.  In the beginning, this was how the brain was researched: by studying what changes when a certain brain structure or area has been damaged, either by nature or directly manipulated in a study (usually via brain lesions).  Both books talk about not only how damage leads to new understanding but also how the brain can change to heal itself and recover function, which is lucky, because I find too much reading about disability that never changes to be sad and anxiety provoking.  I need some hope, people.  When I used to teach Intro to Psych I would assign added reading about brain plasticity that I found in The New Yorker to help students become as absorbed in the workings of the mind that I am.

I started this reading kick when Viking Press gave me an advance copy of The Ghost in My Brain: How a Concussion Stole My Brain and How the New Science of Brain Plasticity Helped Me Get it Back by Dr. Clark Elliot.  It’s ironic that a cognitive scientist would be the victim of extensive damage from a concussion due to being rear ended in his car. Anyway, it was my first giveaway win on Goodreads (I have won one more from them and then one from First to Read by Penguin, which was great until I found out that the digital galleys can’t be read on a Kindle, so I can only read it on my laptop…blarg) and because I want more free books I got right to reading it through and wrote a review .

This book is amazingly depressing and scary for the first two thirds until you get to the part about the science based but miraculous ways in that he was returned to himself, which is no small feat, as Dr. Elliot is incredibly gifted and high functioning to begin with.  Essentially, doctors help his brain to rewire around damaged pathways by changing the way that sensory input gets into the brain and through exercises to strengthen the new pathways created so that they become favored and used.  This book is very accessible in how it describes brain function, with Dr. Elliott giving as many concrete metaphors or examples as possible. It is not too over-simplified.  It is not an easy read on an emotional or intellectual level, but this is what makes it valuable.  The heinous lack of patience that the medical field has with  disability is a little jolting as well.  The damage was devastating, the end was hopeful.  And it pulled out the dusty basic knowledge I got in graduate school and from teaching and polished it off a bit.  I reviewed this book a little more on Goodreads.

From there I moved to The Brain that Changes Itself  by Norman Doidge, an Audible sale item that I really hoped I would listen to someday. (I hope my other nonfiction on audio turns out to be so lucky.)  The magic about reading these two books in this sequence is that there is some overlap between topics, like how one function actually involves numerous pathways and when the favored pathway is no longer viable, other pathways are revealed and strengthened, but the book surveys more topics related to plasticity.  It is not as emotionally intense and is more intellectual. Doidge addresses how the concept of how the brain works changed over time and relates back to basic principles to account for the stories that he tells on healing and recovery in the brain.  The book talks about stroke victims recover and how brain maps change based on feedback from the environment.

My favorite parts, however, were the chapters where neuroplasticity was used to explain more psychological topics, like how deviant sexual behavior develops from a neurological perspective and how being in love actually changes the brain and the role of oxytocin in doing so. I loved the history of Freud’s talking cure and the neurological basis of emotional therapeutic change.  Freud was not correct in all of his work but he was a neurologist at heart and invented a cure (the talking cure) that is still used today.  I have seen firsthand the power of this cure.  I loved how neuroplasticity in all its magic was extended past sensation and perception into explaining the emotional world and how it is created by the brain in this book.

Both of these books address how overcoming deficits in functioning increase our knowledge of the brain. One is an intense firsthand account of damage and recovery and one surveys topics related to neuroplasticity and its far reaches. Both ways, we learn a lot about how these damages manifest and how they can be overcome using scientific findings.

The next post will tackle how extra abilities also teach us about the brain.